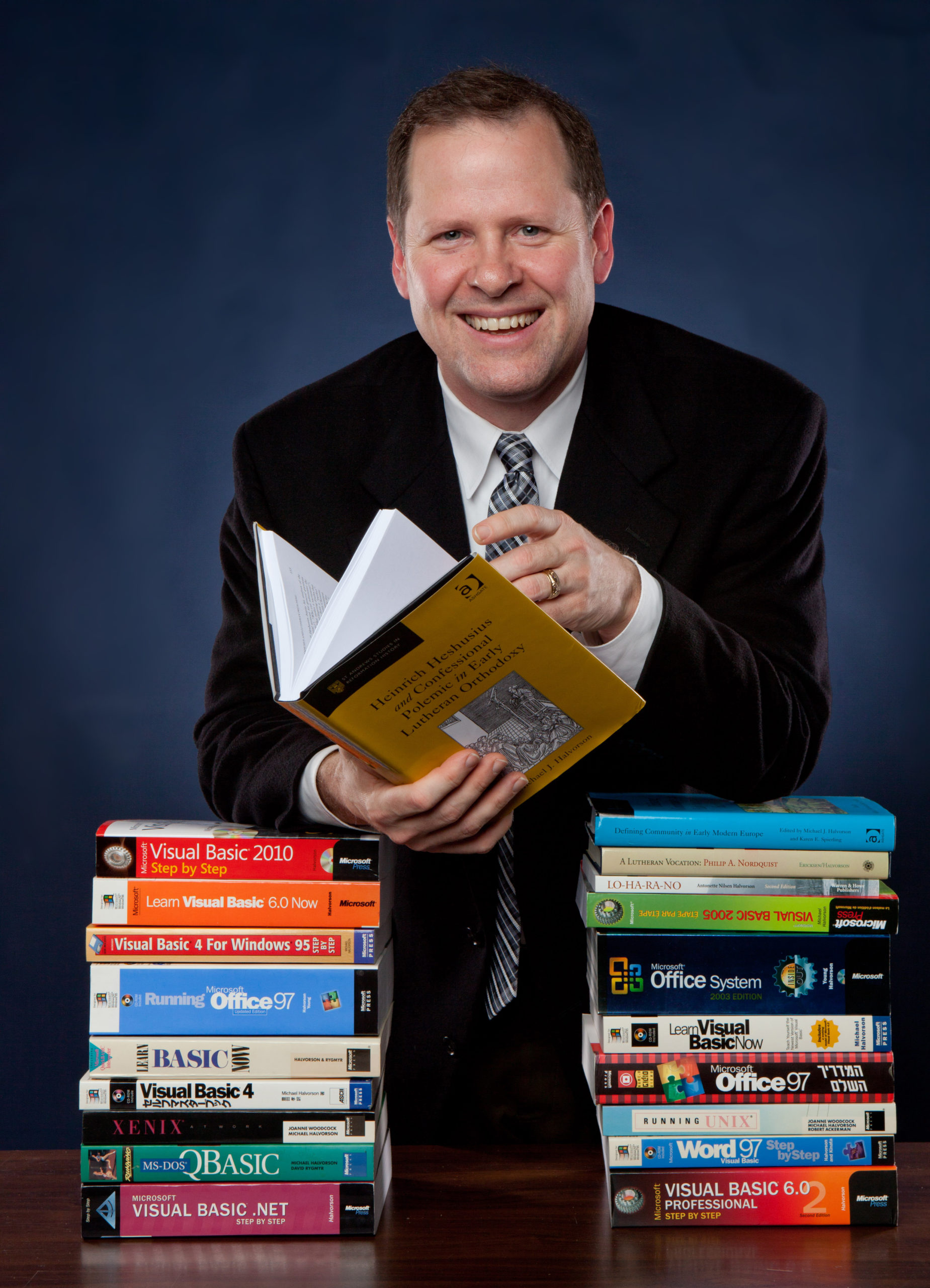 Michael Halvorson graduated from Pacific Lutheran University (PLU) in 1985 with a B.A. in Computer Science. He was employed at Microsoft Corporation from 1985 to 1993 and made many contributions to the development of Microsoft Press, the company’s book publishing division. Halvorson was employed as a technical editor, writer, and acquisitions editor, working with notable technology authors such as Ray Duncan, Dan Gookin, Kris Jamsa, Steve McConnell, Jerry Pournelle, Neil Salkind, and Van Wolverton.

Halvorson earned a Ph.D. in History from the University of Washington in 2001. He is currently Benson Chair of Business and Economic History at PLU, as well as director of the university’s Innovation Studies program. He teaches courses on European and American history, including the history of computing. He is a regular advocate for computational literacy initiatives in the Pacific Northwest.